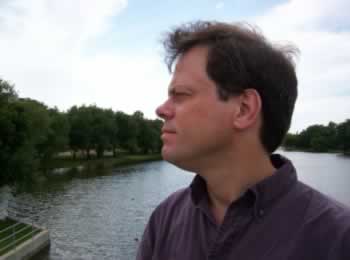 Stephen was born in Hamburg, Germany to an English mother and a father whose parents were Scots-Irish immigrants to New York. His parents met in Yemen, and by the age of nine Stephen had lived in seven houses in four countries. The remainder of his upbringing took place on a farm in Eastern Ontario.

He earned a B.A. in political science  from Swarthmore College in Pennsylvania, an M.A. in English literature and creative writing from Concordia University in Montreal,  and a D.Phil. in Spanish American literature from the University of Oxford. Stephen also studied in Colombia, Romania and Germany.

He has lived, worked and travelled in many countries.

For his fiction Stephen has won the Potter Short Story Prize and a McNally-Robinson Fiction Prize.  For his non-fiction he has been a finalist  for the Governor General’s Literary Award, the Canada Prize in the Humanities, a National Magazine Award and a Western Magazine Award.

Stephen teaches Spanish American literature at the University of Guelph, Ontario.  For a list of  his academic publications, click here.